No one likes to think that they could become seriously ill from an insect bite, yet it can happen. It doesnt matter where in the world you live, either. Here are some of the more common insect-borne illnesses and how you can work to prevent them no matter where you call home.

Most everyone is familiar with the diseases that mosquitoes cause. From Malaria to West Nile Virus to the Zika Virus, mosquitoes can cause a host of problems for both humans and animals. The types of illnesses that they can cause do vary from location to location. For instance, you are not likely to contract Malaria from a mosquito bite in the US because of the manner in which mosquito infestations are handled if not altogether prevented. Dengue fever is another mosquito-borne illness but it is not as deadly as that of Malaria. While most countries like the US experience low occurrences of the illness, it is not impossible to contract it through mosquitoes. West Nile Virus can be deadly to those who are elderly or who have compromised immune systems, but it generally occurs in people with absolutely no symptoms. The best cure for it is prevention. The same is true for the Zika Virus. It poses a great threat to unborn children and their mothers.

Diseases that are a concern for humans of all ages include Lymes Disease and the Black Plague. Most people assume that there is no such thing anymore, but there are cases of the Black Plague every year even though they are small in number. Modern medicines and early detection make this flea-borne illness less deadly than it was in the Middle Ages. In fact, it is curable. Lymes disease is caused by tick bites. It can occur anywhere but in the United States, it is most common in the Mid-Atlantic states. This disease can be crippling and is often very hard to detect. It mimics rheumatoid arthritis in many cases and can go for prolonged periods improperly diagnosed. The most notable first symptom is that of the bite mark which resembles a bulls-eye.

There are many diseases which are caused directly by insect bites. These can affect humans as well as animals. This is just one reason it is so important to make sure your home is properly treated for potential insect infestations on a regular basis. Even if you do not have a problem with ticks, mosquitoes or fleas, always err on the side of caution. Contact your local pest control company to get on a routine schedule of inspections and treatments. It is the best way to stay protected in your home. When you travel, always use precautions in the outdoors. Carry bug spray with you, and use it as directed to keep any bites from occurring to you or to your animals. Pest-borne illnesses can occur in anyone of any age. The best cure is prevention, but if you do notice any types of insects frequenting your home, contact a pest control expert immediately. 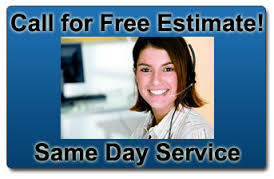